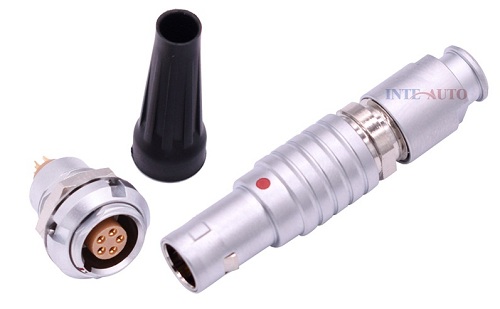 2. The Moisture resistance of push-pull connector:
Intrusion of moisture can affect the insulation performance of the connector and corrode metal parts. The constant humidity and heat test conditions are relative humidity of 90%~95% (up to 98% according to product specifications), temperature of +40±20°C, and test time of at least 96 hours according to product specifications. Alternating heat and humidity tests are more severe.

3. The Salt spray resistance:
When the connector is operated in an environment containing moisture and salt, the metal structure parts and the surface treatment layer of the contact parts may cause galvanic corrosion, affecting the physical and electrical properties of the connector. In order to evaluate the ability of the electrical connector to withstand this environment, a salt spray test was specified. It suspends the connector in a controlled temperature test chamber and uses a predetermined concentration of sodium chloride solution to be sprayed with compressed air to form a salt spray atmosphere. The exposure time is specified by the product specification and is at least 48 hours.